Meat is the perfect breeding ground for deadly bacteria. 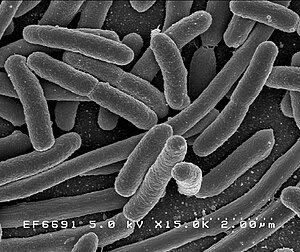 Many people who eat a carnivorous diet would shift to a plant-based diet if they only knew of the potential for dangerous bacteria and viruses living on the raw meat and poultry they bring home from the grocery store.

According to the USDA website and fact sheets, these deadly bacteria and viruses include:

Clostridium botulinum—a bacteria responsible for several cases of botulism.  In August and September 2001, several cases of this life-threatening disease were reported, caused by frozen and fully cooked products.

Campylobacter— according to the Centers for Disease Control and Prevention, diagnosed campylobacteriosis occurs in about 13 cases per 100,000 in the United States annually. While most of the people who contract campylobacteriosis recover within 2 to 5 days, some Campylobacter infections can be fatal, with an estimated 124 deaths each year.

E. coli--  E. coli can cause diarrhea, while others cause urinary tract infections, respiratory illness and pneumonia, and other illnesses. A particularly dangerous strain of E. coli (non-O157 STEC) may be present in cattle, on beef carcasses, in beef trimmings destined for ground beef production, and in ground beef from federally regulated establishments and retail markets.

Listeria monocytogenes—According to the CDC, animals can carry the bacterium without appearing ill and can contaminate foods of animal origin, such as meats and dairy products. Once contaminated, the bacteria can live in food factories for years.

Norovirus—Although this virus is usually spread from person to person, strains of Norovirus exist that are uniquely associated with animals and have been found in retail meat samples.

Salmonella--the most common bacterial infection reported. These are microscopic living creatures that pass from the feces of animals to other animals.  The bacteria live in the intestinal tracts of infected animals. Symptoms of salmonellosis are usually vomiting and diarrhea with recovery within a few days, although the disease is potentially life-threatening to those with weakened immune systems.

There is absolutely no guarantee that the meat you bring home from the grocery store does not include pathogenic bacteria.  Just touching raw meat without immediately washing hands can spread the bacteria throughout the kitchen and home.  Safe meat handling procedures can reduce but not eliminate the potential for food-borne illness.   Even after cooking meat to the proper temperature to kill bacteria, the possibility of bacterial growth actually increases after cooking, because the drop in temperature allows bacteria to thrive.

To find out more about the dangers of pathogenic bacteria in the meat supply, visit the USDA and CDC websites.